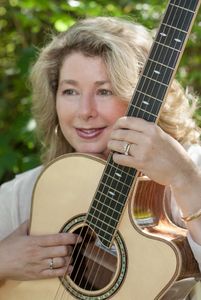 Mary Segato is a songwriter based out of Wolfville, Nova Scotia. Her passion for words and poetry drives her to find the most eloquent, yet universally relatable way to describe the emotions we all feel.

Influenced by the sounds of the 70’s and 80’s, Mary strives to rekindle the spirit that inspired hits from those eras while bringing a modern edge that meets today’s standards.

Mary Segato’s debut album, Love Wins The Race, was released in 2010 with positive feedback but it was over the next two years that she received 6 semi & finalist placements with the International Song of the Year contest and an honorary mention in the East Coast Music Conference Song Contest.

After several attempts to get her music in circulation, Mary was was able to connect with music producer Scrote at Bundini Music in Los Angeles, California. Scrote and Mary Segato recorded the 2012 album entitled, “Heart Strings”. Mary credits her experience working with Scrote as “eye-opening” and bringing her music to a whole new level.

Working on her newest single, Mary Segato has teamed up with hitsongwriter/producer Mark Zubek, known for his work with Grammy winner Betty Carter. Mary’s music is being featured on three separate radio stations in the month of January 2015, including WOS Radio, Lost Arts Radio Show and CFTA 107.9 (Cal’s Closet).

Mary's song "Don't Give Up On Me" was selected as the winner of the February Song of the Month for Songwriter Universe, and featured on the homepage. She also had an article written about her for the occasion.